A recently released analysis, Benefits to California Consumers from Zero-Rated Data, authored by Dr. David W. Sosa, Ph.D., shows 3.6 million Californians are benefiting today from “zero-rated” free streaming data. Proposed legislation in California, Senate Bill 822, would ban these types of plans. The findings from Dr. Sosa show that a ban on these types of zero-rating services would “disproportionately” impact minority and lower income consumers that “are more reliant on smartphones to access the internet.” Some of these consumers could have to pay $30 per month more. “This is not doomsday at all. The internet hasn’t broken today,” said Mike Montgomery, executive director of CALinnovates, in a San Francisco Chronicle piece about the expiration of the Federal Communications Commission’s old net neutrality rules. “Consumers aren’t going to see or feel anything changing in their internet experience.”

But what about the future? Read more about Montgomery and other net neutrality advocates’ concerns here. 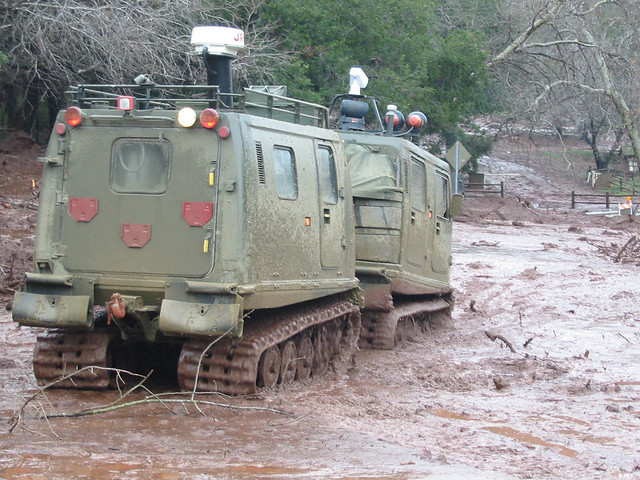 Today, the overwhelming majority of Americans own a mobile phone (95%), with three-quarters of us owning smartphones. Whether we’re ordering dinner or a ride home, apps on our phones always seem to know our location. It is a common misconception, however, that because apps like Lyft and Postmates know where we are, that in emergency situations, first responders will also be able to find us.

The truth is far more complicated. Our apps know where we are because of opt-in location services on our devices. Ride sharing services, for example, use GPS, cellular and Wi-Fi access points to pinpoint your location. But when calling 911 from your cell phone, the emergency operator will more than likely not know your exact location because the only information your phone transmits to the operator is the Caller ID and location of the nearest cell tower that is connecting the call. It is mind-boggling to think that more often than not, your pizza delivery person has more accurate location information than the paramedics – especially when you consider the fact that upwards of 80% of 911 calls originate from a mobile device.

Additionally, mobile communication plays a huge role in disaster mitigation. Mobile alerts are used to warn the public about dangerous weather, missing persons, natural disasters and other critical situations – an absolute necessity as more than 50% of households have abandoned their landline. Even the FCC has called wireless emergency alerts “an essential part of America’s emergency preparedness”.

Most municipalities have systems in place to alert residents of pending danger but often these systems require residents to know they exists (hint: many do not) and opt-in. And sometimes these systems fail – alerts come too late, or not at all. That’s what happened in Santa Barbara in January when mudslides wiped out hundreds of homes and killed at least 20 people. Residents in the evacuation areas said they never saw the mobile alerts. The state experienced similar problems late last year when trying to alert people to evacuate from massive fires in Santa Barbara and Napa Valley.

There is no denying the direct correlation between public safety and connectivity. As such, we must ensure that our communities always have access to the best available communications tools.

So, where do we start? The answer, infrastructure.

Small cells, on the other hand, are small antennas or nodes, affixed to existing infrastructure in close proximity to one another. The lack of distance between nodes is one of the factors that allows for the increased wireless coverage and capacity.

A robust small cell network makes for a more resilient and reliable network, which will ultimately allow for 911 operators to get a better read on where a person is located and ensure that mobile alerts are pushed out in an effective and timely manner.

Further, building out a permanent network of small cells across the country will not only help ensure our safety today, but will also serve as the backbone for future 5G networks that will redefine what we think of as being “connected”.

There’s no question that we must find better ways to utilize mobile technology to ensure people can find safety during an emergency, whether that means calling 911 or evacuating before a natural disaster. The devices we all carry in our pockets have the potential to save our lives, and it would be irresponsible of us to not take full advantage of the technology right at our fingertips.

“The recent crisis over Facebook and Cambridge Analytica has completely flipped the script in Washington and the demand for comprehensive action to regulate the Big Tech giants creates a rare second chance for Congress to get the issue of internet regulation right,” writes Mike Montgomery in The Houston Chronicle. “Congress doesn’t often get a second chance on major policy issues. But it has one now on net neutrality.”

“Momentum is building on the Hill to pass a law to govern how companies like Facebook protect and use our data,” writes Mike Montgomery for Morning Consult. “And while it’s important that internet companies — which must be able to adapt quickly to reflect the fluidity of the internet landscape — not be overregulated, there’s a growing need for some sort of comprehensive internet policy framework that addresses privacy.”

Walk down the street in any American city and it’s easy to see that we are already deep into the wireless age. Ninety-five percent of Americans now own a cellphone, and we are using our devices not only to communicate but to watch videos, order cars, handle banking and much more.

But we are only beginning to understand what will become of our insatiable appetite for next-generation connectivity. In the past two years alone, data traffic has increased 238%. With the advent of the internet of things (IoT) – which will connect cars, household appliances and even pets – that data usage is going to grow exponentially.

In order to handle this traffic, America must get ahead of the curve by upgrading our network to 5G. The state-of-the-art 5G wireless network promises to handle 100 times more capacity and move data 10 times faster than the current 4G LTE network most prevalent in the U.S.

However, according to a recent study, America is lagging behind both China and South Korea when it comes to 5G deployment – which is a potential big problem for our country.

To date, the U.S. has been the global leader in innovation – in large part due to our leadership in the wireless space – but there’s a real risk America will lose our position to China and South Korea if we lose the race to 5G.

The economic benefit of leading the move to the next level of network speed and capacity is not fiction. History shows that 5G will provide tremendous economic benefit. America led the way on 4G technology, resulting in $100 billion in economic impact. We took that lead position from the European Union, which had been ahead of the game on 2G. Losing that front-runner status led to job losses and contractions in the telecom hardware and software industries in Europe.

We can’t afford to have the same thing happen in the U.S.

Bringing 5G technology, and all of its benefits, to market requires the deployment of new infrastructure, namely a new network of small wireless nodes called “small cells.” Small cells are about the size of a pizza-box and are most commonly attached to existing infrastructure, such as utility poles and streetlights. In order to lay the foundation for 5G, we will need small cells deployed in mass to optimize the strength and reach of the coverage.

To roll out these new networks, municipalities and states must be forward-thinking. We can’t just default to the regulations established in the past that slow the deployment of small cells. We must rethink regulations to allow for 5G networks to spring up all over the country so every community can benefit.

If not, there’s a real risk we will not only fall behind China and South Korea, but that within the U.S., we will be creating a new type of digital divide.

Cities such as Sacramento and Long Beach in California are aggressively moving forward with 5G. Officials in Long Beach hope that the new network will help bridge the city’s digital divide and attract new businesses. These emerging cities may find themselves attracting the Googles and Amazons of tomorrow as larger cities drag their feet on 5G.

While that might be good for some, it would be better for entrepreneurs everywhere to have access to the 5G network. If we don’t put ourselves in a position to lead on 5G, we could feel the effects in the not-too-distant future.

“Nearly every day brings new stories of children being tracked, Russians being indicted, and online-fueled hate exploding into real-world violence – all while the big tech platforms that enable this chaos report record earnings and shrug off Congressional oversight without breaking a sweat,” writes Mike Montgomery for Multichannel News. “The American people are demanding comprehensive action to rein in these giant platforms, protect our privacy and permanently keep cyberspace open and free – with 80% believing the big platforms haven’t done enough to secure their networks. Nearly 60% are concerned the government won’t do enough to solve the problem. Yet, amazingly, the only internet bill on the agenda in Congress is a backward-looking resolution that will actually reduce our privacy protections.”

Here’s why Montgomery calls the Congressional Review Act, which is being billed as a net neutrality-protection measure, “a complete charade.” 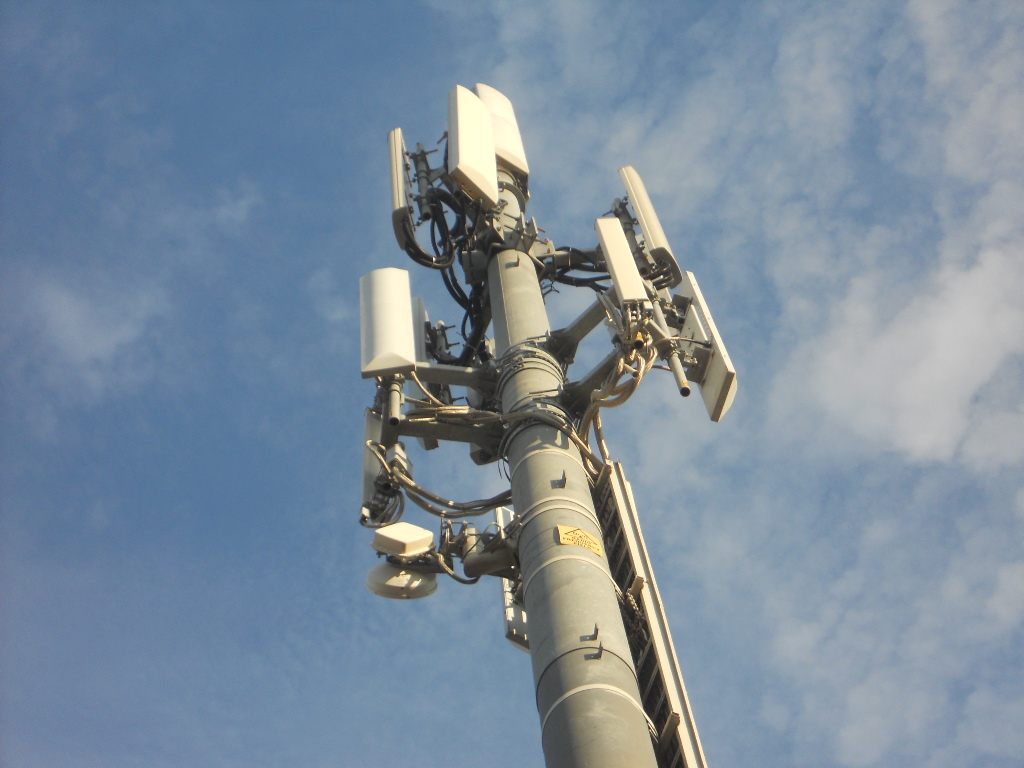 “There is little doubt that 5G will change what we think of as being truly ‘connected,’ but who will get it first,” writes CALinnovates’ Kish Rajan. “If you guessed the usual suspects – Silicon Valley, San Francisco – you would be wrong.”

Leading the way, according to Rajan, is Sacramento. Read why here.

“At the root of the Cambridge Analytica scandal, in which the company used data from 87 million Facebook users in an effort to deviously manipulate voters, was broken promises,” writes Mike Montgomery in the Mercury News. “Facebook was promised by the original collector that the data was to be used only for ‘academic research.’  It wasn’t.  The collector promised not to sell or share the data with third parties.  It didn’t.  When confronted, the parties promised to destroy the data.  They did no such thing.”

Promises are like that. They don’t always deliver the goods.

That’s why Californians must be skeptical of the promises from backers of a ballot measure that appears headed for the November ballot. They have given their proposal the apple-pie name of the “Consumer Right to Privacy Act,” and are promising that its enactment would improve the lives of Californians.

Let us do what Facebook didn’t, and seriously examine the validity of that promise.